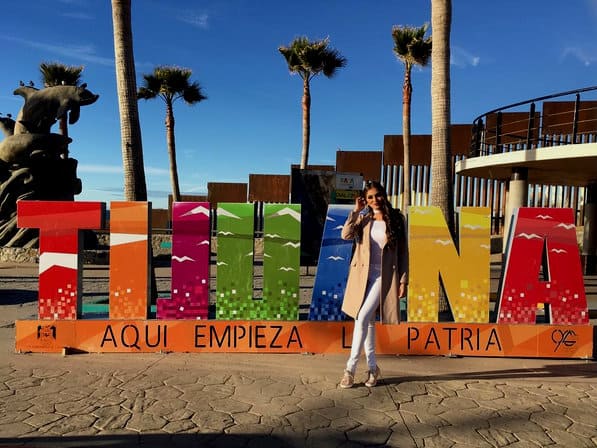 A two-bedroom, two-bathroom rental apartment in San Diego currently goes for about $2,400 a month, and the median price for a house is listed at more than $770,000, according to Norada Real Estate Investment.

With housing prices in Southern California skyrocketing, many U.S. citizens and legal residents are heading south of the border in search of an affordable place to live.

“We have a crisis in San Diego, an affordable living crisis, where people can’t afford to buy a home here,” Soto told Al Jazeera. “People take advantage of one of those unique features of the border, which is that you can go to the other side of the town to live more affordably. It’s increased in recent years as affordability has gotten worse, not just San Diego, but across California.”

Although there’s a lack of hard data addressing the number of Americans moving to Mexico moving for purely economic reasons, experts point to high levels of homelessness in California as a possible contributing factor to the influx of Americans heading to Mexico.

San Diego County has the fourth-highest rate of homelessness in the country, with at least 9,000 individuals living either on the street or in shelters, a 2018 report by the US Department of Housing and Urban Development found. The federal agency acknowledges that homelessness rates may be higher than that, as the data did not include individuals who live in vehicles or other makeshift accommodations.

In Los Angeles County, homelessness increased by 12 percent from 2018 to 2019, a study by the Los Angeles Homeless Services Authority found. Nearly 60,000 people in the county are considered homeless.

“Since the beginning of the (coronavirus) pandemic the number of buyers and people looking to rent a house in Tijuana has increased considerably,” said Fermín Kim King, president of the Real Estate Association of Tijuana. “There’s a tremendous shortage of housing over there.”

Kim King said that as long as available housing remains minimal in San Diego, Tijuana will continue to see an impact with more and more people crossing the border looking for less expensive homes.

Former San Diegans, like Sergio Roseti, say they had no choice but to move south of the border.

Roseti moved to Tijuana right around the time the pandemic began.

“It’s the reason why many people now live here, and the number grows every day, they migrate to Tijuana because rent is cheaper here,” said Roseti.

But with more Americans and legal U.S. residents moving to Tijuana, the cost of housing is going up in that city as well.

According to Kim King, the shortage of housing in California is creating a price surge in Tijuana’s housing and apartment market with rents now ranging from $400 to $2,500 a month.

“Unfortunately everything is based on supply and demand, we are seeing that rent prices have gone up by 30 percent as low and mid-range housing is now in high demand by Americans coming here,” he said.

Living in Tijuana as an American

At this point, I have been living in Tijuana for over a year. Initially, I decided to move here to save on living expenses. With the average rent in Southern California over $2200 per month, the cost of living was just getting out of hand. By now, I feel like I have gotten to know the city well enough to write about living in Tijuana as an American. In this article, I discuss the best neighborhoods to live, finding an apartment, monthly costs, the visa, safety, money, and much more. I’ll also talk about the benefits and drawbacks of living in Tijuana as well as give some tips to help you get settled and comfortable in the city faster.

For The Latest Mexico News About Living, Working, Investing, or Retiring in Mexico Please Join and Share our Page Click Here