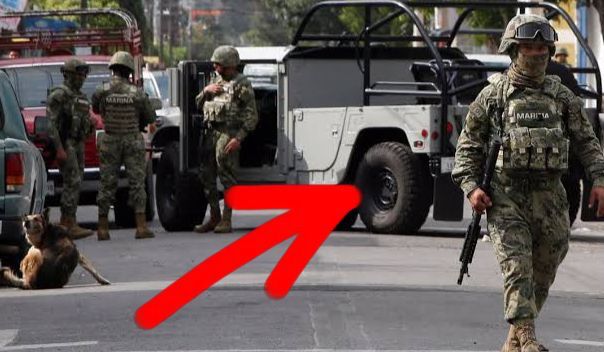 ROSARITO, Baja California. -Mexican army personnel are accused of robbery by a public official, who assures that they entered his home in Rosarito and stole his Christmas gift, as well as a motorcycle belonging to his North American relatives. By legal means, it is already taking the necessary actions and shares the case to prevent people from Rosario in the face of this type of anomaly.

The lawyer with the last name Álvarez, relates in her complaint to the media that she received a call from a neighbor, who told her that the Army was inside her home, so she went immediately to the only chance to see the military in its withdrawal.

She points out that the doors of her home were. Having violated her belongings scattered everywhere, she affirms that she managed to point out the registration of the Hummer of the army elements.

With calm, she returned to her home, checked her valuables, and saw that she was missing bracelets, her Christmas bonus, and a motorcycle owned by her family.

According to testimonies from Rosario, these cases have become recurrent among the military, who are prepared for war and do not have the human sense of civil authority; For legal reasons, the lady reserves certain details, which will be released once the authority’s response is obtained.