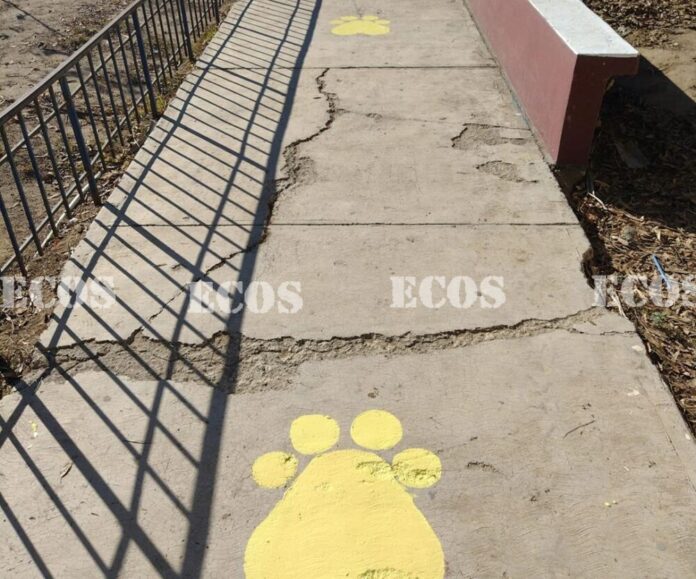 Implementing a unit to deal with crimes related to animal abuse, which is duly identified, is a new proposal from the Colitas Association, which has stood out with the appearance of fingerprints in pedestrian crossings.

The association hopes that Mayor Araceli Brown will continue to accept the proposals that, although they are minimal steps, represent an achievement for a city where there are no punishments for crimes of animal abuse.

“Once the President schedules us, we raise it, but it would be for the benefit of our pets in street conditions, in order to improve the image of Rosarito and some dependencies.”

This was expressed by Julio Cesar Llamas, President of the Casa Colitas Association, during the installation of the Planning Commissions for Municipal Development and Recovery of Public Spaces and Anti-graffiti, carried out on Saturday, December 11, in the José Cruz Navarro Park, where around forty footprints were painted in the walkways of the park, being the first place of Primo Tapia that intervenes with this project.

The animal activist said that if the Mayor accepts the proposal, the municipality would be the first city in the state to implement this project to minimize reports of animal abuse and thereby punish alleged criminals, given the impunity that exists in said crime, Just as there is a pink patrol to attend to reports of violence in the family and women, as it is also possible that there is another one to attend to the mistreatment of pets.

“It consists of the Municipal Police having at least one or two units with two elements to attend to reports of animal abuse but that have logos such as paws and say animal violence, I think it would be a unique project in Baja California.” The interviewee expressed that, in other cities of Mexico, there are such units of the Municipal Patrol.