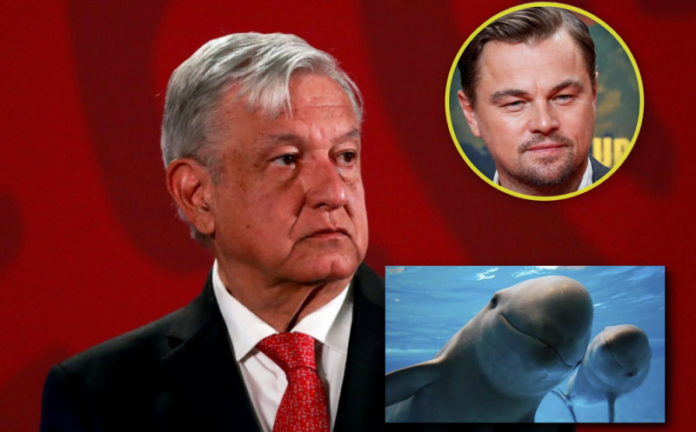 Andrés Manuel López Obrador approved the lifting of the fishing ban in the area where the almost extinct mammal lives.

The renowned actor Leonardo DiCaprio, also known as a defender of the environment, exploded against the Mexican environmental authorities after they authorized the lifting of the fishing ban in the area where the vaquita porpoise lives, a species that is on the edge of extinction.

It should be noted that this is not the first time that the protagonist of “The Revenant” makes a call to the Mexican authorities because during the Peña Nieto government he also questioned environmental work regarding the conservation of the Mexican mammal that inhabits the area of ​​the Upper Gulf of Californian.

Through his Twitter account, he expressed that the order of President Andrés Manuel López Obrador to lift the ban on fishing in that region opens the possibility that fishing boats capture any of the 10 specimens that still exist.

“The vaquita porpoise is the most threatened marine mammal in the world. However, the Mexican government has lifted the ban on fishing in their habitat, guaranteeing that the approximately 10 vaquitas that remain will die among the fishing nets, ”the actor wrote on his Twitter account.

Last month, the AMLO government replaced the “zero tolerance” fishing free zone in the Upper Gulf of California with a “table” of sanctions in the event of repeated sightings of more than 60 boats in the area.

In an interview with Mongabay Latam, biologist Alejandro Olivera explained that what the table of sanctions do is “rate” the government’s response depending on how many vessels enter the area of ​​the vaquita marina.

That is, if up to 20 vessels are detected, only 60% of the available force and resources will be used to deter them; and the total would be used in case of finding up to 65 ships.

However, activists point out that Mexico has not even been able to implement the previous restrictions that prohibited vessels, so the implementation of the sanctions will be irrelevant, and therefore, a death sentence for the species.

AMLO personally thanked Biden for not adding to border wall