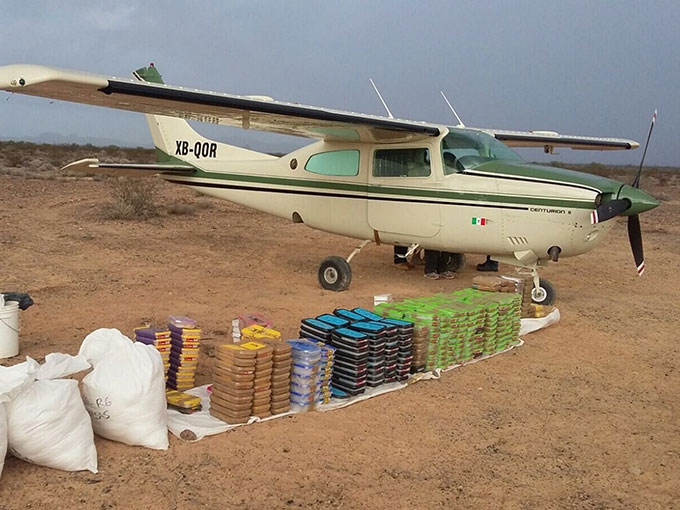 Tijuana, Baja California.- One of the largest shipments of methamphetamine on record in the region was seized by agents of the Mexican Army, in the Ojos Negros Valley, south of Ensenada, which was transported in a Cessna-type plane.

The Second Military Zone reported that elements of the 67th Infantry Battalion, during patrol tasks in the Santa Clara stream, secured a Cessna 206- type plane, white with gray stripes.

Inside they located packages made with black tape, which gave a total of 119 kilos of methamphetamine, valued in the market at more than 32 million pesos, according to the Secretary of National Defense.

In addition, they found ten plastic bags with four and a half kilos of the drug known as “crystal”, valued at one million 360 thousand pesos in the market.

The drug and the aircraft were placed under the custody of the Agent of the Federal Public Ministry for the delineation of responsibilities.

The Mexican military have not report any detainees.