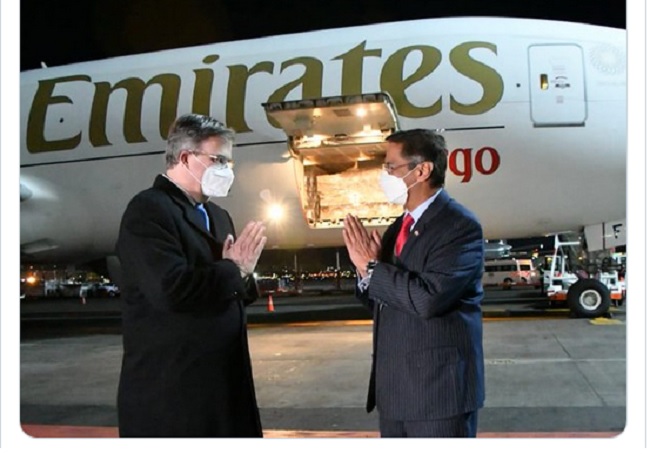 Mexico received a shipment of 870,000 AstraZeneca vaccine doses from a plant in India on Sunday, February 14th, and laid out plans to vaccinate elderly people in the country’s poorest, most remote areas first.

Almost a million doses of the AstraZeneca and the University of Oxford vaccine against covid-19 arrived in Mexico this morning, which will be administered to older adults.

According to the latest report from the Ministry of Health, more than 4.7 million have registered on the platform to be immunized.

The nearly 870 thousand vaccines arrived from the Serum Institute (SII), in India, a country that authorized the shipment on February 10. President Andrés Manuel López Obrador assured that this Monday, February 15, the National Vaccination Campaign will start in the country.

It is a special shipment contracted with the Serum Institute, a world leader in the manufacture of vaccines that supplies 94 countries, and that has nothing to do with those made in Argentina and will be packaged in Mexico.

It is the first shipment of this vaccine to complete 2 million doses, reported Marcelo Ebrard, Secretary of Foreign Affairs, who received the shipment together with the general director of the IMSS, Zoé Robledo, around 04:00 this Sunday, Feb. 14th.