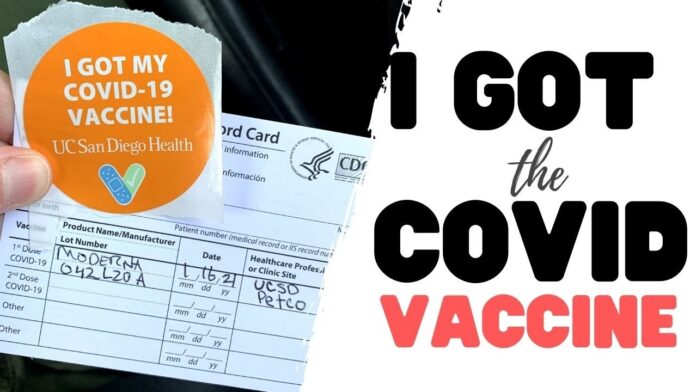 The vaccination campaign in San Diego began in December, as happens in most cities where the vaccine is being applied, the first to receive it were health personnel and people in charge of caring for the elderly.

They are currently vaccinating people over 65 years of age. However, there are individuals of all ages who have already been vaccinated and even some Mexicans have already enjoyed this advantage, but how does this happen?

First of all, in California, there are many doses and not all citizens have attended to apply them, so thousands of vaccines have had to be thrown away. So, according to witnesses, they prefer to put it on young people or Mexicans rather than throw them in the trash.

Remember that the vaccine has to be at a certain temperature to be functional. Once it is removed from the container it will only be useful for a few hours, after that it cannot be put back in the containers. This disadvantage of the vaccine has worked in favor of many people.

This was commented by Laura V., 25, for San Diego Red, who, accompanied by her fiancé, shared that last Thursday they lined up for almost three hours to see if they had any leftovers, as they were not enough on that occasion. They wrote them down on a list and asked them to come back on Sunday.

This day they went to the appointment and made a line for half an hour, to later be vaccinated, before this, they filled out a form where they ask you questions and ask for identification. They also explain the symptoms you may feel after application: They give you the injection and they pass you to observation with paramedics for 15 minutes to see that you have no reaction for the moment.

On the other hand, Martha N. shared with us that she went to apply the vaccine (also from the leftovers of the day) and that, concerned about her relatives of Mexican nationality, she asked about the possibility of them acquiring the vaccine to which they answered that if there were leftovers could be applied.

But can we cross into the United States on tourist visas? just for essential matters. Another testimony collected by San Diego Red informs us of the case of a young woman who took her mother 65 years to apply the vaccine (the mother is an emigrant, while she is Mexican).

At the checkpoint, he argued that his “essential trip” was because his mother needed help to walk and that is why he dared to make this trip. In the end, both mother and daughter ended up getting the vaccine. It is a fact that managers prefer to vaccinate anyone before wasting this valuable solution.

While all this is happening in the United States, in Mexico there can hardly be a web page without the system making mistakes. This is due to the fact that it is a platform in which there was practically zero investment, without servers to withstand the traffic of people who want to acquire the vaccine.

Pedro Ferriz de Con, a Mexican journalist, made a video in which he supposes that the reason why the United States does not say “no” to Mexican tourists who go for the vaccine is that it is doing “vaccine tourism”.

According to the journalist, Mexicans from Monterrey, Guadalajara and other states are flying to apply the vaccine: this translates into flight purchases, in people who will spend to get to the United States and who will consume in the country. The conclusion I reached … is that this government headed by Biden should take on the largest amount of vaccines for Mexicans living in Mexico … since the United States is convinced that Mexico is doing nothing

The truth is that, regarding the vaccine, we Mexicans have an uncertain future: theft, waste, that our older adults cannot be registered in fallen pages, that some will have Pfizer, while others will have the Russian vaccine, Sputnik V. .

Faced with this situation, it only remains to hope that Ferriz de Con’s theory is true, and Biden wants to “piggyback” as many vaccines for Mexicans since so far it seems that more Mexicans have been vaccinated in the United States than in same Mexico.