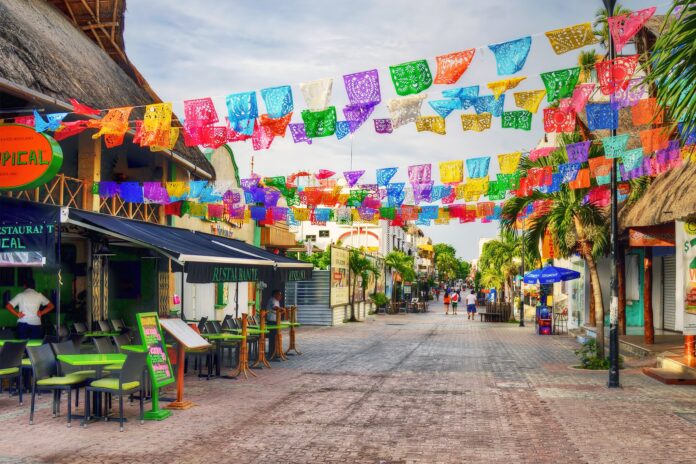 With the cancellation of Canadian flights, between 250 and 300 million dollars will no longer be received

The economic recovery of Quintana Roo looks difficult after 97 thousand 381 jobs were lost in 2020 and with the forecast that in the first months of 2021 between 250 and 300 million dollars will no longer be received due to the cancellation of flights from Canada, the second most important market for the destination.

In a joint press videoconference, the secretaries of Tourism, Marisol Vanegas Pérez, and of Labor and Social Welfare, Catalina Portillo Navarro, as well as the director of the Quintana Roo Tourism Promotion Council (CPTQ), Darío Flota Ocampo, announced the details of the economic and labor situation for this year.

Portillo Navarro explained that from January to December 2020, 97 thousand 381 jobs were lost in the state, of which 80 thousand 734 correspond to the tourism sector and 9 thousand 259 to the construction industry, these being the two main economic activities of the state. The remainder corresponds to other money orders.

The most affected municipality was Benito Juárez, with 66,973 jobs lost (68.77 percent of the total in the state), followed by Solidaridad, with 22,209 (22.81 percent). Both districts concentrate 91 percent of the jobs in the state.

He highlighted that Quintana Roo has an Economically Active Population of 788 thousand 295 people and at the cut of the third quarter of 2020, 78 thousand 788 people were unemployed. Last year it was estimated “with the push in the tourism sector” to generate 34 thousand new jobs, of which only 728 were achieved.

It was precisely the tourism industry that had the most significant loss of jobs due to the pandemic and as of May 2020, 104,921 job sources were lost. It was until September, October, and November that there was a recovery that reached 9,473 jobs recovered for December.

Solidaridad was the most benefited in this area, recovering 8,289 sources of employment, followed by Benito Juárez with 3,747 and Tulum with 1,673.

According to the Secretary of Labor, the ideal scenario would be to recover this year the more than 94 thousand jobs lost, but this is complicated by factors such as the restriction of economic activities typical of the epidemiological traffic light, low occupancy, and the closure of flights to Mexico.

For its part, the Secretary of Tourism predicted that 120,000 Canadians will stop arriving in the Mexican Caribbean during February, March, and April as a result of the cancellation of flights decreed by their government. This means not receiving between 250 and 300 million dollars, estimated based on the average expense of this segment.

He recalled that the state continues to meet the high demand for both rapid and PCR tests of tourism that must leave the entity and ruled out the commercialization of false tests.

In his speech, Darío Flota Ocampo said that they have held meetings with US airlines such as Spirit, American Airlines, United, Delta, and Southwest and ruled out the reduction of routes to the destination: “there will be an increase in frequencies for February and March.”

In the case of Canadian airlines, they will continue to arrive for two more weeks without passengers, to take the tourists of that nationality, who will have to undergo a PCR upon arrival and spend three days in a hotel waiting for the PCR test result, then they will do a 14-day quarantine at home. If they are positive, they will have to move to a hotel chosen by the government until the contagion period is over.

He added that airlines such as Air France, Lufthansa, or British Airways maintain their flights to Quintana Roo, although only European citizens can travel.

Over 10,000 jobs lost in Ensenada due to cruise ships cancelations