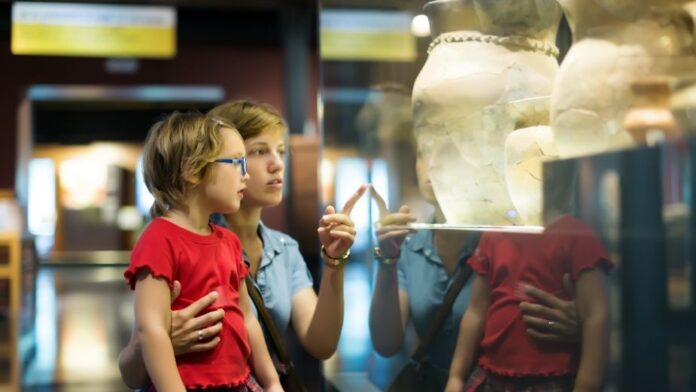 Since the beginning of the pandemic, one of the sectors that have suffered greatly is artistic and cultural. Today in Nuevo León no kind of cultural activity is allowed. Exhibitions, conferences, workshops are not allowed, and all museums remain closed. However, once the pandemic is over, you can visit some of the most popular museums among Monterrey residents and visitors. Although the offer is sufficient, among various municipalities in the Monterrey metropolitan area, here we present those that are located near the center of the city. You can literally walk out of one and get to another museum.

Since 1991, when the Marco museum began operations, it has been one of the most attractive cultural venues in Monterrey and in all of Latin America. Since the same building is an architectural work of great value, created by the famous Mexican architect Ricardo Legorreta. As its name says, it has dedicated itself to promoting international contemporary art, as well as the national one. One of its most notable features is a four-ton culture placed at the entrance of the museum called “La Paloma”, created by the artist Juan Soriano. Typically, the museum offers three or four temporary exhibitions annually. In addition, it has art workshops, film screenings, and conferences. It also has a restaurant and a souvenir shop. On Wednesdays, admission is free, so that day you can see a large flow of people. For the rest of the days, the general admission has a cost of 80 pesos.

It is known as 3 Museums, it is the connection of three of the most important museums in Monterrey and that are located a few steps from each other. The first is the Palace Museum, which promotes the history of the state. The building itself has significant historical relevance; However, the stained glass windows that surround the building have been restored after the social movements caused by the gasoline blow in 2017. The second is the Museum of Mexican History, inaugurated in 1994. It has a permanent exhibition in five rooms: which are the geographical environment of the country, ancient Mexico, the Viceroyalty, the nineteenth century, and modern Mexico. And finally, the Museum of the Northeast, connected through a glass bridge with the Museum of Mexican History. This museum shows the progress, modernity, and cultural activity of Monterrey. It is divided into six rooms that show the regional history of the northeast of the republic of four states: Nuevo León, Tamaulipas, Coahuila, and Texas.

This museum is part of the vestiges of the now-extinct Compañía Fundidora de Fierro y Acero de Monterrey that was founded in 1900 and closed its doors in 1986. The land of the Fundidora Company was renovated and today is known as the Fundidora Park, where al Inside is the Museum of Horno 3, a building that was declared a city heritage site. This museum is divided into four sections: Gallery of History, Gallery of Steel, the Furnace Show and Walk to the top. But its main attraction is the same furnace that had the capacity to melt 1,500 to 2,000 tons of iron. The museum was inaugurated during the celebration of the Universal Forum of Cultures in 2007. Although it is not located in the center, it can be accessed through the Paseo Santa Lucía, which is next to the Museum of History. It is a favorite walk of the royals for its beauty.