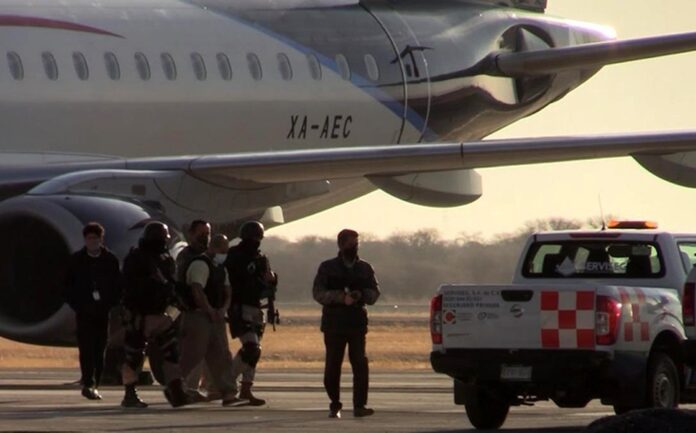 The murderer was located in Forth Worth, Texas.

Taking advantage of his North American citizenship, he entered that country to evade Mexican justice, so communication was immediately established with authorities in that country who were provided with information on the possible location of the accused on August 29, 2019.

“Based on the evidence collected, the common jurisdiction judge gave us the arrest warrant against Jorge Luis for the crime of femicide.”

It was until March 2, 2020, that Jorge Luis was captured and placed in a prison in that country for crimes against health, and when he served his sentence, after a long procedure the authorities have qualified the extradition of the American citizen.

Jorge Luis “N” had been wanted since mid-August 2019, when in the company of his cousin Santos “N” he murdered Blanca Saray García Silva, 17, in the town of Felipe Carrillo Puerto, in the municipality of Guadalupe Victoria, Durango.

On the day of the discovery of the abandoned body, the FGE was in the municipality and added to the indignation of the local population who demanded exemplary punishment from those responsible.

” Santos was arrested weeks after the femicide, thanks to the investigations that the population itself carried out and shared with the authorities, but Jorge Luis managed to flee to the United States, a country of which he was a resident citizen .”

This same information provided by the residents of Guadalupe Victoria, served for the Durango Prosecutor’s Office to locate José Luis “N” in Forth Worth, Texas, and to proceed to his arrest, which lasted 14 months; But due to various complications during the Donald Trump administration, the extradition was not completed until this Friday.