1,000 dams in Mexico have little supervision

Due to lack of staff and resources, the Commission conducts only 200 inspections a year, when it should do 1,200

The National Water Commission (Conagua) does not know the state of the infrastructure of 1,000 dams in the country, due to the lack of personnel and budget for their evaluation, which puts the lives of thousands of people at risk.

According to the newspaper El Universal, the government fails to comply with the recommendation of the International Commission on Large Dams (ICOLD) to carry out an inspection of the network of 6,256 dams registered in the Dam Safety Information System, by less every five years.

The media highlighted that although Mexico has the commitment to carry out at least 1,200 inspections a year, due to the lack of specialized personnel in the Basin Organizations and Local Directorates of Conagua, only 200 inspections are carried out per administration, which impacts very vulnerable to severe hydrometeorological phenomena.

The media highlighted that in 2010, the government put into operation the Program of Basic Studies of Evaluation, Measurement, and Control Through Structural Monitoring in Dams, managed by the General Subdirectorate of Hydro-agricultural Infrastructure of Conagua, “but for years they have not been given resources and since 2017 they have not updated the technical sheet ”. 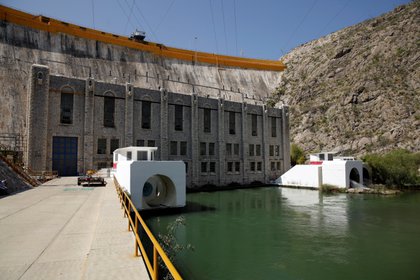 Semarnat’s Sectorial Program for the Environment and Natural Resources (Promarnat) 2020-2024 indicates that Mexico is particularly vulnerable to the impacts of climate change since it is estimated that 68% of the population and 71% of its Gross Domestic Product (GDP ) are exposed to the direct negative effects of this phenomenon.

A reflection of this vulnerability is the frequency with which hydrometeorological phenomena affect the territory. Between 1970 and 2017, a total of 236 tropical cyclones affected the country, which is equivalent to five serious emergencies per year.

The National Atlas of Vulnerability to Climate Change recognizes that 273 municipalities are highly vulnerable to these phenomena, especially in the southeast (Tabasco and Chiapas).

The 2021 Dam Safety Diagnostic Studies project prepared by Conagua indicates that to date 6,256 are registered in the Dam Safety Information System, many in service with more than 200 years old and which require periodic evaluations. There are even some built from colonial times and during the 19th century that continue in operation, according to the National Inventory of Dams. 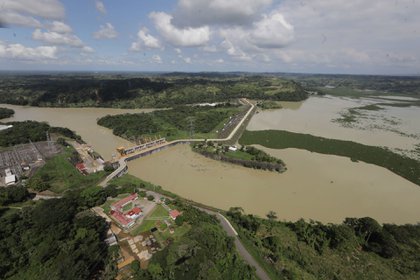 Conagua recognizes that the danger of dam failure “is permanent”, either due to increasingly abrupt variations in the annual hydrological cycle affected by climate change, or other cases of emergency care attributed to natural risks, malfunctions, vandalism, and theft or environmental contamination.

The situation is further complicated by the lack of resources .

For next year, the K111 program, which aims to rehabilitate and modernize dams and head structures, will have a 32.4% reduction in its budget, dropping from 465.9 million pesos allocated in 2020 to 315 million, according to the Expenditure Budget of the Federation.

Of this budget assigned to Semarnat, the amount for infrastructure rehabilitation and modernization works represents 1.02%.

Conagua warns that “if the 2021 investment program is not carried out, structural failure or dam malfunction would have effects such as worsening the current state of the dams, loss of human life, loss due to damage to agricultural and livestock production systems, industrial, as well as infrastructure ”, among others.